When I began building my collection over twenty years ago it was the visual language of the WPA artists that spoke to me.   The Great Depression had taken a heavy toll on the American spirit.   When Franklin Roosevelt became President on March 4,1933 the country was in dire straits.   Roosevelt’s inaugural address spoke of how the country was paralyzed by fear, crippling the needed spirit to move forward with effort and determination.  Roosevelt’s New Deal recognized that art and cultural events has the power to restore a sense of pride and achievement in work and creative effort.  The artists of the WPA understood Roosevelt’s words.

The physicality of men working in a steel mill, farming, building a skyscraper, the stoicism of a husband and wife facing the harshness of the dust bowl, the architectural precision of Louis Lozowick’s bridges and power plants, Howard Cook’s majestic New York silhouettes, Grant Wood’s Iowa corn fields, Charles Sheeler’s blueprint like scenes of industrial campuses.  It was a glorious marriage of art and history showing how the America of today was forged from the bitter days of the Great Depression.   It was like stamp collecting as a young boy.

As a child growing up in the 1960’s I was always interested in learning about how previous generations saw their world and responded to the events in it.   I had a stamp collection and loved the interesting art work and historical commemorations the stamps depicted.  The stamps fueled my love of history.  I can vividly remember the stamps that memorialized the hundredth anniversary of famous civil war battles like Gettysburg and Shiloh.  Long before the Internet, cellular telephones, and personal computers most of us got their news through newspapers, television, books, magazines and of course movies.   Reading old musty Life Magazines from the 1940’s at the library gave me insights into my parents world as they grew up in the Great Depression, the darkest horrors of World War II, the glamorous world of Hollywood movie stars and the thrill of great athletic accomplishments.

At a very young age I can recall asking my grandfather about a picture on his desk of a man in a old fashioned soldier’s uniform.  His reply always stayed with me, “That was my brother, he died of pneumonia while fighting for the Kaiser, and that was the reason I came to America, because I didn’t want to be cannon fodder for the Kaiser’s next war”.  His words, now fifty some years later, still resonate with their prophetic accuracy, as the European world where he was born soon erupted into an orgy of violence and destruction with the coming of fascism.  History to me was the documentation of life with all its joy, sadness, good, bad, tears and laughter.

My love of history open the wondrous world  of art to me.  I saw artists as historians documenting the world around them run through the filter of their own psyches and talent.  The Works Progress Administration (WPA) was created as part of Franklin Roosevelt’s New Deal to create employment and to relieve the crushing poverty and loss of hope many in America were experiencing during the Great Depression of the 1930’s. Under the WPA artists were hired to work on Federal Art Projects across all 48 states painting murals for government buildings, creating posters for public awareness, sculptures for parks, and teaching art classes to create an appreciation for visual arts in America.  Some of the twentieth century’s greatest artists like Jackson Pollack, Stuart Davis, Mark Rothko, Arshile Gorky, Willem de Kooning, and Thomas Hart Benton were employed by the WPA’s Federal Arts Project.

Emotions through a visual prism

Just as beauty is in the eye of the beholder,  art is extremely subjective as the artist seeks to communicate their emotions through a visual prism.  This prism becomes an endless spectrum of the human experience.  Be it caveman drawings, Norman Rockwell’s idealized portraits of American culture, Edward Hopper’s solemn, quiet moods of shadows and light , the social realism depicting the harshness of 1930’s Depression era America, Jackson Pollack’s drip paintings, Michelangelo’s frescoes on the ceiling of the Sistine Chapel, all of these artists were visual historians expressing the civilization in which they lived and the lives they experienced.   The individuality and uniqueness of all humans allows us to see the artist’s world and respond in a way that communicates to us.   That to my mind is the definition of art.  It speaks to you and evokes feelings of your own humanity.

Often art can serve as the conscience of a generation,  giving a visual voice to life changing human traumas such as the Great Depression, World War II or civil unrest.   Picasso’s “Guernica” is a famous example. A mural sized canvas depicting the Basque town of Guernica that came to symbolize the brutality and horror of the Spanish Civil War.  Its muted colors of blue, black and white with bulls and horses, symbols of Spain, in a seemingly ballet of death.   It was Picasso’s political statement protesting the destruction and callousness of war in his home country.    Guernica was painted by Picasso eighty years ago, yet its power and strength to convey deep emotional truths has not diminished at all.   This power of art to influence how one feels and responds to the universe we live in is what led me to begin a gallery.   It was for me a way to share and relate to others who could feel the emotional weight art can carry to the human psyche. 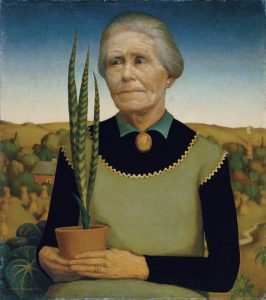 The Grant Wood exhibition at Whitney is a time tunnel to mid America 1930. … END_OF_DOCUMENT_TOKEN_TO_BE_REPLACED 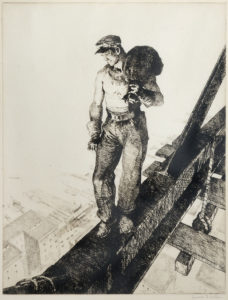 Happiness lies not in the mere possession of money; it lies in the joy of achievement, in … END_OF_DOCUMENT_TOKEN_TO_BE_REPLACED 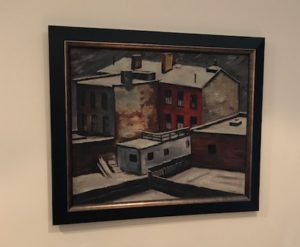 …Or Send a Message